As part of the D4D-Be platform and the successful mission to Kenya in 2018, Startups.be and Close the Gap joined forces again to organize an exciting economic mission to Lagos in Nigeria, Africa’s most prominent tech hub, with the most vibrant startup scene that attracts developers and investors from all over the world. Of course, SettleMint had to be there! 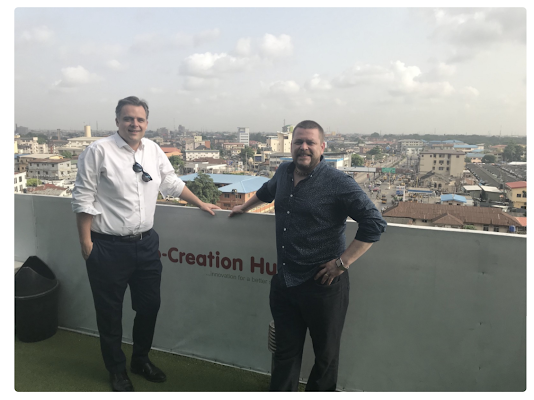 Diary of the Mission

On Tuesday 19 March, all participants arrive in Lagos, Nigeria, a large country that is home to one in five Africans. As most participants arrive late in the evening, the Silicon Lagoon Mission’s official start date is Wednesday 20 March, when the first visits are planned. Our team and Startups.be welcome the guests at the pool bar of the hotel they stay at in Lagos. With 20 million inhabitants, Lagos is Nigeria’s largest city and one of the most prominent tech hubs of Africa.

Before the participants arrived, the organisational team made sure that the last preparations were all in order. Together with the Nigerian Belgian Chamber of Commerce (one of our many local hosts), they visited the venues and organisations that will welcome the participants during the Mission. 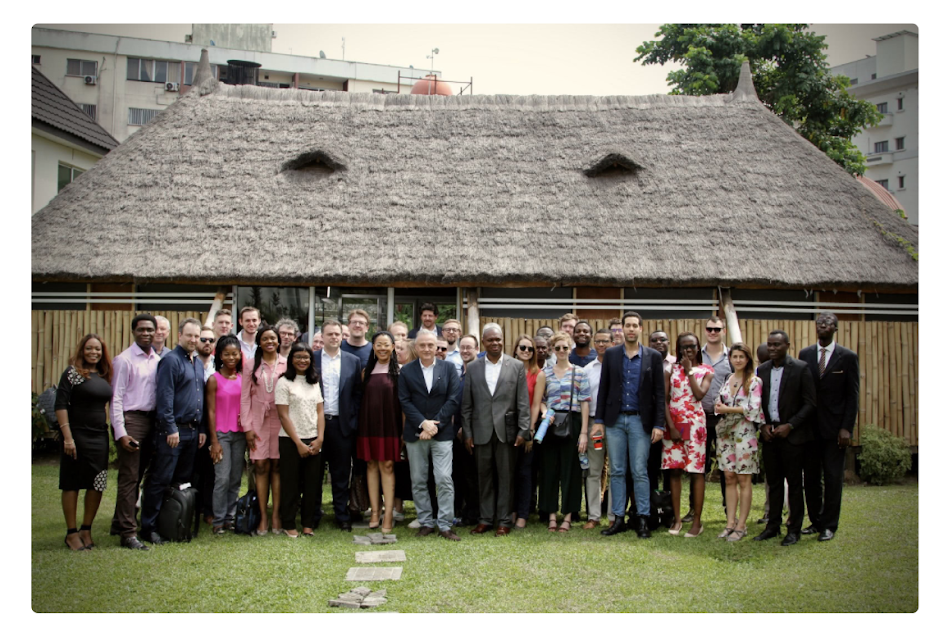 On the first morning of the mission, participants are welcomed at MEST Incubator. Here, they attend a session about “Doing business in Nigeria: opportunities and pitfalls”. The session provides an overview of the tech and startup scene in the country, and includes advice on legal, bank, and tax-related issues.

“If Lagos were a country, it would be the 7th largest economy in Africa.” — Bankole Oluwafemi, founder of TechCabal.

Afternoon
In the afternoon, the delegation visits Wecyclers Waste Management facilities. This social enterprise empowers social change by using the environment and technology to allow low-income communities to capture value from their waste. 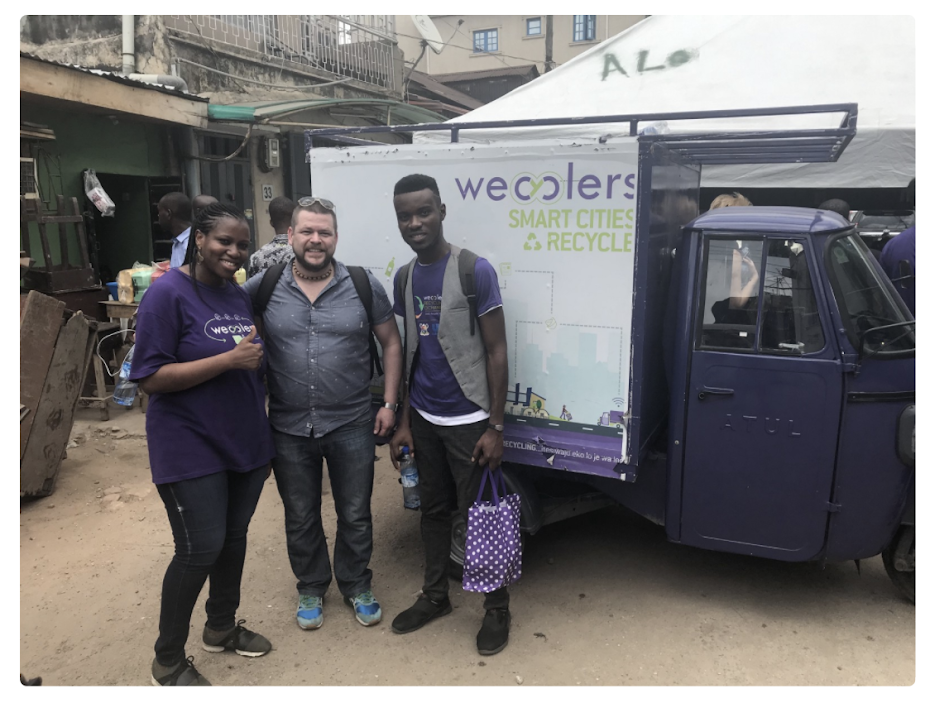 Wecyclers is also the winner of the prestigious King Bauduoin Foundation African Development Prize, which rewards outstanding contributions made by individuals or organisations in the area of development in Africa. In context of this success, the visit is followed by an official ceremony, press conference and lunch celebration.

Press Release by the King Bauduoin Foundation on Wecyclers’ as the winner of their African Development Prize.

Evening
Later that afternoon, The Elumelu Foundation hosts a “pow-wow”. This includes an introduction by Tony Elumelu himself (one of the most important African entrepreneurs and investors) and a Q&A session with Belgian Minister for Digital Agenda Philippe De Backer and incoming TEF CEO, Mrs. Ifeyinwa Ugochukwu. Local and Belgian startups also pitch their ideas and initiatives during this evening. 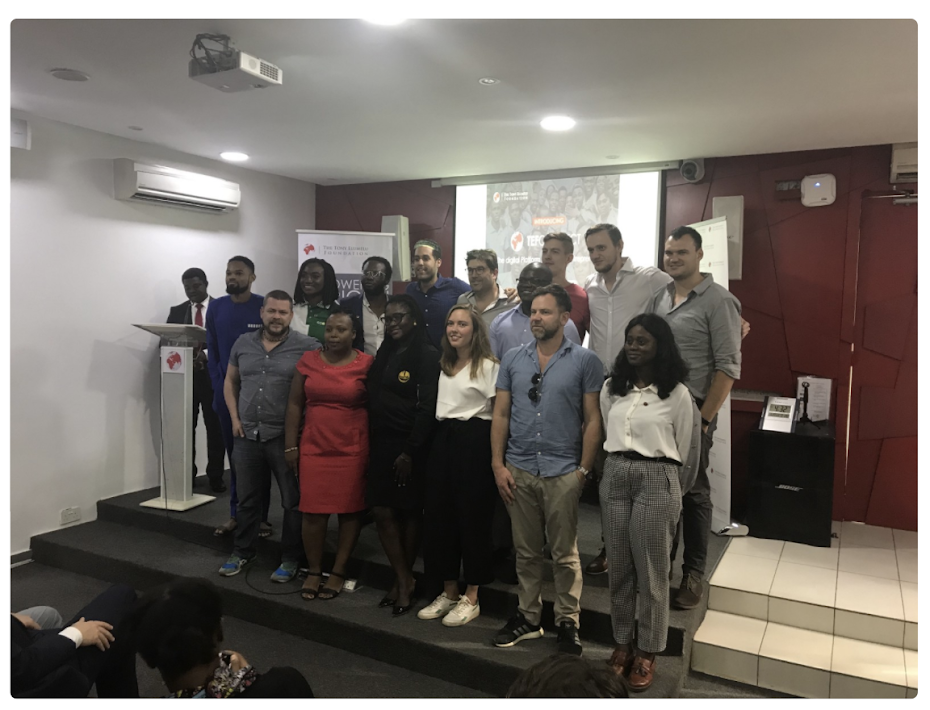 Morning
On this second day, the participants start the morning with a co-creation workshop hosted by and at CcHub. After a tour of the Hub and an introduction to its workings, the co-creation itself is kicked-off.

In these sessions, Nigerian startups are linked to Belgian startups according to their industry and overall theme. The different groups (Blockchain/Fintech, Business solutions, Education, Digital Health, Cleantech/Agritech) co-create exciting business ideas and discuss opportunities to collaborate.

After these intense co-creation sessions, the startups pitch their final ideas and results to the other participants. The winning team “Blockchain/Fintech”, where SettleMint CEO Matthew Van Niekerk in participated, was awarded a trophy by Minister De Backer.

Afternoon
After lunch, the group visits the Facebook Artificial Intelligence Hub, Facebook’s first flagship community hub space in Africa. The goal of this Hub is to facilitate collaboration and the exchange of ideas among the tech community.

Later on, the group follows immersion sessions at two local startups: LifeBank (a Healthtech company mobilizing blood donations) and Blackbit Energy (a sustainable energy company focusing on the Renewable Energy Space). The participants were again divided according to their industry and theme.

After these sessions, a unique visit to Jumia (a large and diverse e-commerce platform) is on the programme. The participants receive an introduction to the company and a tour at their office where the Customer Service and Food & Travel Digital Services are regrouped.

Jumia is Africa’s first tech unicorn, which is a privately held start-up company valued at over $1 billion. They recently filed to become part of the New York Stock Exchange (NYSE).

In the evening the Belgian Ambassador H.E. Mr. Daniel Dargent generously invites our delegation for a reception with networking opportunities with local industries. Our participants also had the honour to meet His Royal Highness of Lagos (pictured in blue below).

Morning
The last morning of the Silicon Lagoon Mission focuses on an investor session organised by and at IFC Worldbank. In this session, participants receive an overview of the local Venture Capital scene.

In the session itself, participants learn about what it takes to build a hardware ecosystem, and about the role of emerging technologies such as 3D printing. The session also includes an overview of the entrepreneurial landscape of Nigeria and how the support of start-ups and scale-ups works in Africa.

During this session, Nigerian hardware startups and scale-ups also present their companies and solutions.

This session also contained an intervention of the Solvay Business School VUB on international entrepreneurial internship projects, presented by Professor Michael Dooms (also a participant of the mission).

The highlight of this exciting week was of course Belgian Minister of Digital Agenda Philippe De Backers’ announcement of our ready to use Blockchain application, that we developed for VIA Don Bosco. 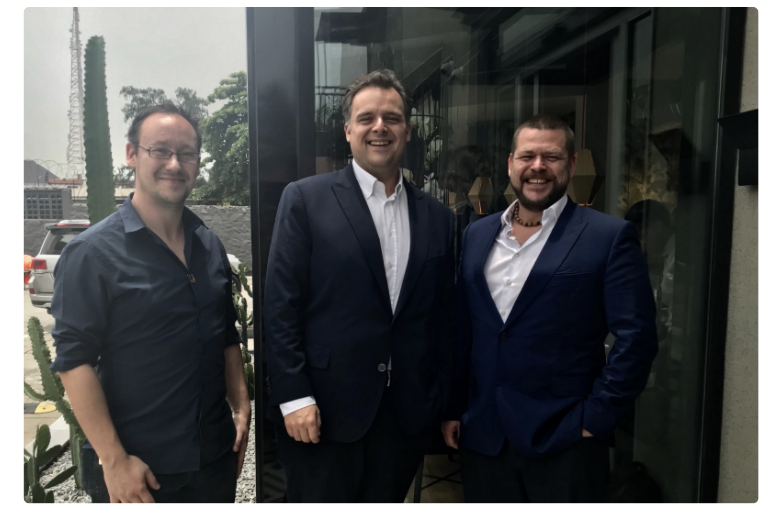